What it means for you

Your limitations reflect a “compression”, or tightness, of the front (anterior) side of your upper body. This means that you have tight muscles in that region that are “pulling” your shoulders forward and restricting range of motion associated with the ability to elongate those muscles when necessary. How does this cause SCAPULAR WINGING/ROUNDED SHOULDERs?

The body is primarily concerend with keeping you alive. An important way we do that is breathing. In fact, there is a good bit of evidence that suggests if you stop breathing, you die 😉

The body likes to self-organize itself in a manner which allows it to most easily breathe. The primary way we take in air is through our diaphragm. Whe we inhale, the diaphragm descends. When we exhale, it ascends. 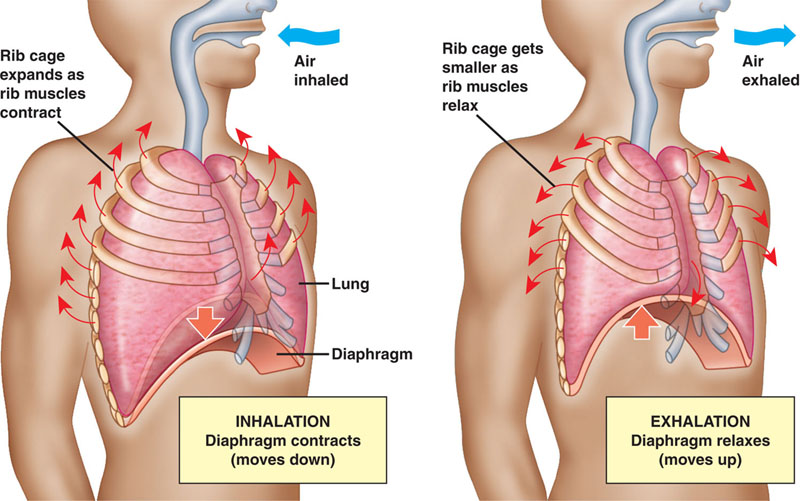 Currently, your diaphragm cannot function as necessary, so it has engaged “secondary” muscles of inhalation to help you get the job done. The restriction of your tight pecs are preventing your diaphragm from being able to ascend as it should upon exhalation, so it is essentially “stuck” in a downward, descended state. 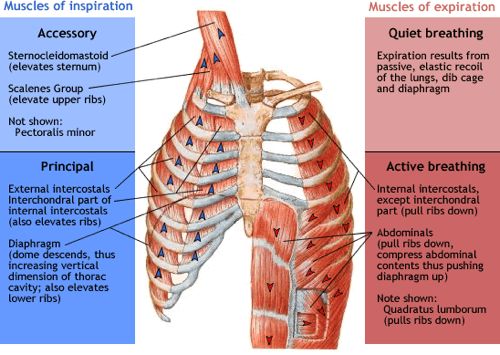 The secondary muscles of inhalation in your neck, which should be working to a slight degree during breathing are now working in overdrive to make up for a lack of diaphragm function. Notice that they attach on the upper ribs. They’re trying to open your ribcage to allow for air to come into the compressed area. This chronically shortens the neck muscles and pulls your head forward and shoulders with it.

Try right now to push your head forward. What happens to your shoulders? They round forward with it. That is what is happening to your body constantly.

what can we do to fix it?

Many people who have tried to fix postural problems try to stretch their way out of their problems. While it initially makes sense to stretch out tight muscles, this is addressing a problem in isolation rather than considering the multifactorial nature of posture. We want to address the underlying, root cause which is your lack of ability to expand your back ribage and elongate the muscles pushing you forward. This will allow those tight muscles to let go over time because they won't feel the need to compress you.

While it is important to be able to access a new posture, it is equally as important to "own it". We provide exercise routines to help you integrate your new posture into functional movement. This will help you and your body feel confident keeping this new postural orientaiton throughout the day and in tasks that stress the body.